Learn to brand your business,Like a Boss

From small businesses to major big-name corporations, everybody sometimes feels that they need to rebrand. Rebranding is a costly and involved process, but the results can be well worth it. Here are five success stories where brands made changes and officially turned themselves around.

One of the most famous rebranding success stories is the story of Burberry. Originally, it was known for its sports apparel and other clothing that was strongly associated with UK football hooligans and the “chav” antisocial youth culture image.

Burberry achieved a full image overhaul by offering swimwear, trench coats and luxury fashion items, and using celebrity endorsements to elevate the image of its brand. The company expanded its product line and polished up its image in order to reach a new demographic.

Abercrombie and Fitch Expands its Base

Abercrombie and Fitch underwent a similar rebranding to Burberry. It saw falling sales in 2016 and decided to rebrand, emphasizing its playful image and expanding for a more diverse range of products. It did this by hiring new design leadership and creative direction. The rebrand is still ongoing and includes modernizing its stores and emphasizing itself as a casual luxury brand.

When Xerox acquired Affiliated Computer Services in 2010, it began to offer a wide range of new business-related services. The only problem is that the name Xerox was associated with copy machines. In fact, the word Xerox is in the dictionary meaning “to copy.”

Following the acquisition, Xerox rolled out a new ad campaign that emphasized its new business services. The message was that the company offers all kinds of business solutions. By adding new services and emphasizing these new products, the company showed the public that it has more to offer (although “Xerox” still means “to copy”).

In the 1990s, Target was just one of many discount “big box” stores with the reputation for cheap products. It was the place you went when you didn’t care about quality or brand names but just wanted to save money.

Target was losing out to its competitors and decided on a rebranding in 2011. It started selling its own clothing brands that were a bit higher quality along with its cheap staples. The result is that its ironic, faux-French nickname of “Tar-jay” isn’t so ironic after all.

Michael Bolton’s Career Gets an Update

Most people know Michael Bolton as a mid-eighties crooner with flowing locks and a soulful voice. Most of us know his music from the dentist’s office waiting room. The days of soft rock balladry have come and gone.

But in recent years, Bolton has gone from being the punchline of bad eighties music to a pop icon all over again. Cashing in on the humor of his image, Michael Bolton now appears in rap videos, Netflix specials, advertisements, and a humorous video released by Vanity Fair that depicts Bolton as a crooning coffee barista.

The result? Rebranding can lead to expanding your business to new demographics, keeping your business at the top of the heap among competitors, turning around an ailing company, and boosting your sales.

Need help with your rebrand? You’re in the right place.

BUILD YOUR BRAND ON A FIRM FOUNDATION?

Learn to buikld a SOLID brand and get it right the first time.

Sign up to take the free 10 day branding e-course. 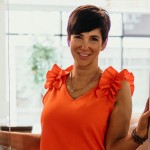 Are you ready to Build A Brand That They Can't Refuse? Sign up for the free branding E-Course.

Check Out Our Reviews

Capone Creative
4.2
Based on 5 reviews

Brooke Brewer
02:39 27 Sep 18
I had Christine make me some logos and they came out beautiful! Very good customer service as well! Will definitely recommend to friends and family.
Next Reviews

Sign up for my free, 10 day branding course delivered to your in-box.

"Happiness is a direction, not a place." — Sydne

Knowing your power is well, a powerful thing. :-)

“If you’re too comfortable, it’s time to mov

You only get one First Impression. ⠀⠀⠀⠀⠀

You’ve worked hard to get here. It has taken a l

This error message is only visible to WordPress admins


Error: API requests are being delayed for this account. New posts will not be retrieved.

Sign up to take the free 10 day branding course

to learn how to build a firm foundation for your business.